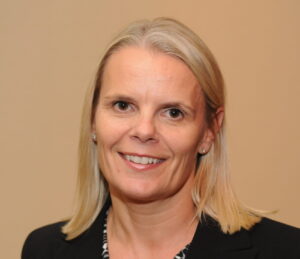 Angela works closely with the Interim President and CEO and the Boards of Directors and Trustees, as well as with corporate partners, committees, and affinity groups including Board Governance, Major Gifts, and the Corporate Giving Committee, as well BGCB’s Friends Council and Artemis Circle. Angela was an integral member of BGCB’s Opening Doors comprehensive fundraising campaign that launched in July 2012 and has raised $131.4 million. Angela is a longtime participant in the Pan-Mass Challenge, and was previously a member of the Board of Trustees at the Meadowbrook School of Weston until 2014. Angela graduated Summa cum Laude from Boston University with a Bachelor of Arts in International Relations.