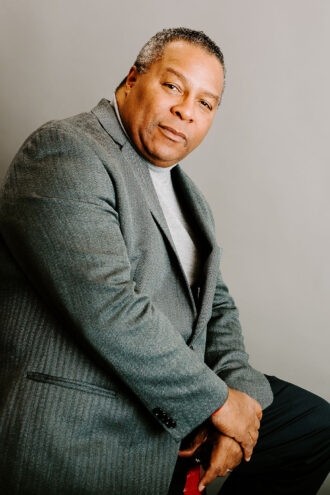 (Boston, Mass.) February 3, 2022 – Boys & Girls Clubs of Boston (BGCB) has named seasoned nonprofit and community leader Robert Lewis, Jr. as its new Nicholas President and CEO. Lewis will become the 16th leader of the organization in its 129-year history of youth development in the Boston area. He begins his term Monday, March 14, 2022.

Across its nine clubs in Boston, BGCB provides young people with affordable access to physically and emotionally safe environments, quality experiences, ongoing relationships with caring adults, and enriching opportunities. In 2021, 99 percent of high school seniors in BGCB’s programming graduated, with 98 percent being accepted to college or trade school and 2 percent securing jobs or internships.

Lewis joins BGCB from The BASE, an organization he founded in 2013 to harness the untapped potential of urban talent and build pathways to success through a passion for sports. Over the past nine years as Founder and President, Lewis has driven the organization’s expansion to include boys and girls, multiple sports—including eSports—and college prep and career counseling, as well as to address barriers its participants face, including inequities, mental health, food insecurity, and access to education. The BASE’s successful model has inspired the development of similar programs across the country.

“It truly takes a village to create equal opportunity for urban youth and I am honored to join the Boys & Girls Clubs of Boston to empower even more kids, teens, and their families in our city,” said Lewis. “My life’s work has been dedicated to building relationships and partnerships that level the playing field and provide access and opportunities for our city’s talented young people. The Nicholas President and CEO role is a natural next step in that journey as I look to build on the storied legacy of BGCB and its work that touches nearly 8,000 lives annually in Boston. Through innovation and collaboration, we will build a brighter future for our young people for generations to come. I can’t wait to get started.”

As a nationally recognized thought leader, public speaker, and social innovator, Lewis brings a long history of nonprofit and community leadership to BGCB. His previous roles include serving as Senior Vice President of City Year’s National Operations, Executive Director of City Year Boston, President of the National Conference for Community and Justice (NCCJ), and Executive Director of the Boston Centers for Youth and Families (BCYF). As Vice President for Program at The Boston Foundation, he directed the distribution of more than $18 million in discretionary grants annually and was the chief architect of two ground-breaking initiatives: StreetSafe Boston, the country’s only privately funded anti-gang violence prevention program, and CHAMPS Boston, which provided professional-level training for over 5,000 youth-sports volunteer coaches in New England.

“Robert is a proven builder and convenor, vital qualities for BGCB’s leader as we continue tackling new challenges that require creative, cross-functional solutions,” said Dave Johnson, Executive Chair of the Board. “His values and passions mirror those of BGCB, which has served the Boston community for nearly 130 years with the mission to be there for our members and families, no matter what. Robert is steeped in the communities that we serve. He knows the challenges, but most importantly he knows the opportunities. What he has achieved at The BASE is incredible and I’m thrilled that he’s chosen BGCB as his next platform for transforming how we propel urban youth to success. His presence will inspire our current staff, our future staff, our donors, and our members.”

“Robert Lewis, Jr. plays in a space where there are no limits and endless potential for our urban youth to achieve success—and he will stop at nothing to help each and every kid follow their dreams,” said Governor Charlie Baker. “The Commonwealth has been blessed to have him as a fearless leader at The BASE, where he built and maintained a powerful organization, and I am certain his leadership will open new doors at Boys & Girls Clubs to help more young people realize their full potential in ways they never thought were possible.”

“Robert has broken the mold of youth development,” said Sandra M. Edgerley, community leader and Board member of Boys & Girls Clubs of Boston. “Ever since our work together at The Boston Foundation, I’ve watched Robert constantly iterate on his success, building stronger, more creative programs each step of the way. He is truly a visionary and I’m confident BGCB’s already impressive impact will grow even further under his leadership.”

A nationwide search was led by Spencer Stuart under the aegis of the BGCB CEO Search Committee which included Johnson and fellow Board members, Trustees, and Club staff. The committee was further supported by Boys & Girls Clubs of America and prioritized finding a candidate with a passion for BGCB’s mission and a clear commitment to the well-being and development of its members, along with the strategic leadership skills needed to foster partnerships and cement BGCB’s position as a leading force in the city.