“The Club challenged me to grow as a musician, challenged me to excel academically, and the staff pushed me to be the best possible person I could be.” – Matthew W., Edgerley Family South Boston Club Youth of the Year

Established in 1947, the Youth of the Year Award at Boys & Girls Clubs of Boston recognizes Club members who have shown superior leadership, academic achievement, and service to their respective club community. The annual program fosters personal growth and leadership qualities among our young members.

Matt remembers vividly the day his dad brought him and his twin brother, Mark, to the Club for the first time seven years ago. He quickly became an active member, taking advantage of all the Club had to offer. The Club helped foster Matt’s passion for music, and soon enough he became a fixture in the Music Clubhouse. He learned to play several instruments, joined the Club band, and participated in the Berklee City Music program.

Matt coordinated a service trip to the Cayman Islands with fellow Club members to create a band camp for children; an experience he says reinforced his belief in the importance of community. Matt demonstrated his commitment to community not only through his involvement with the Club but also through his dedication to his school, where teachers describe him as a gifted student and an exceptional human being.

One of Matt’s personal goals is to try to be the best person he can be every day, which helps him serve as a role model for younger members. While working with the 7-to-8-year-olds during summer camp, the staff noticed that members naturally gravitated towards Matt and his positive attitude. These attributes are serving him well as he pursues a career in education. 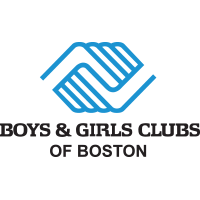