“Our young folks don’t need fixing. It’s others that need to be fixed to take care of our young people.” — Robert Lewis, Jr., Nicholas President and CEO, Boys & Girls Clubs of Boston

Boys & Girls Clubs of Boston’s Nicholas President and CEO Robert Lewis, Jr. was named an Embrace Award recipient at this year’s Embrace Ideas Festival. The inaugural award, given out by King Boston on Day 5 of the festival, was also given to former acting Boston mayor Kim Janey, and recognizes their commitment and leadership for being a catalyst for change in our communities.

“In 1976, I was firebombed at my home growing up,” explained Lewis, Jr. “By the age of 16, I knew that this is what I needed to do because that couldn’t be anything that we were going to repeat in history. Our young folks don’t need fixing. It’s others that need to be fixed to take care of our young people.” 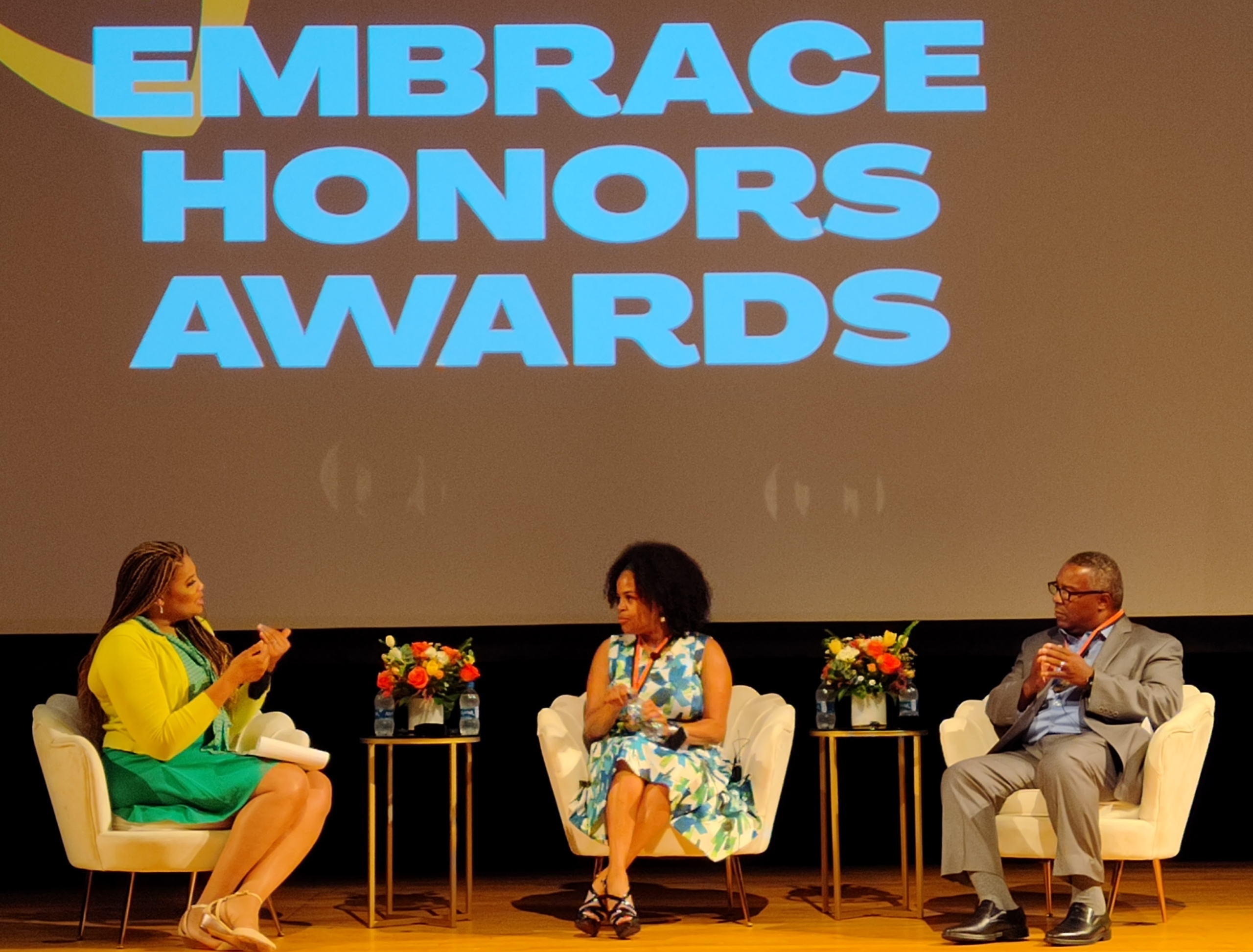 The Embrace Ideas Festival was organized by King Boston to “embrace music, art, culture, ideas, joy, and each other,” and featured a five-day schedule headlined by keynote addresses from best-selling authors, prominent business leaders, artists, and scholars.

Scheduled to coincide with Juneteenth, the festival was designed to further King Boston’s goal to amplify anti-racism and a vision for a transformed Boston by the year 2030.

“We hope to see demonstrable change around inclusion, around sense of belonging, around anti-racism in the city,” explained King Boston Executive Director Imari Paris Jeffries. “We’re really trying to think about how America might celebrate this newest holiday. How America, Boston, can tell the story of how we celebrate this holiday that centers African Americans but that includes all of us.”